How To Train Your Dragon 2: A Return Worth Waiting For 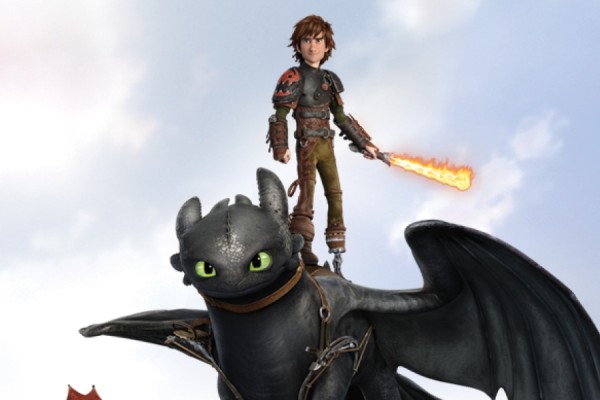 When How to Train Your Dragon was released in 2010, it showed us the story of a boy who wasn’t afraid to defy conventions and fly on top of a Night Fury. And I am happy to see that its sequel takes as many risky choices as a film as its main character did in the first installment. Like the mighty creatures it portrays, How to Train Your Dragon 2 is bold, and takes us on a visually stunning journey to places few summer features, specially family oriented, ever dare to go.

Directed by Dean DeBlois, the film shows us a now young adult Hiccup (voiced by Jay Baruchel), who still has a hard time dealing with family and society, and still relies on his smarts in a world he doesn’t seem to fit in, not even physically. And this is where this franchise has it right: its characters are flawed, unique, and beautiful in non conventional ways. Women in it are not worried about looks, they are as strong as their male counterparts and fascinatingly complex. People with disabilities don’t seem to mind about them, neither those who surround them. Parental figures make unconventional choices that would be controversial even in a non PG film. I have to give it to a movie whose ambition and cleverness never ceases to impress and surprise, beyond its genre and usually mistaken as naive technique of choice.

It also improves on previous strong elements. The animation is stunning: some characters can carry entire scenes only with subtle facial expressions, while the flying sequences marvel with epic scale and realism. John Powell‘s soundtrack is swooning and powerful, setting the perfect background for all spectrums of the story. This is one of the few films this year that is worth seeing on a big (even IMAX) screen.

How to Train Your Dragon 2 goes beyond your typical summer animated movie: it is smart, funny, entertaining and inspiring in its achievements. An original film filled with personality, that carries a strong message about acceptance and forgiveness delivered in a colorful and imaginative package. Almost as rare as a mythical creature, a sequel not only worth waiting for, but good enough to elevate a great franchise even higher.