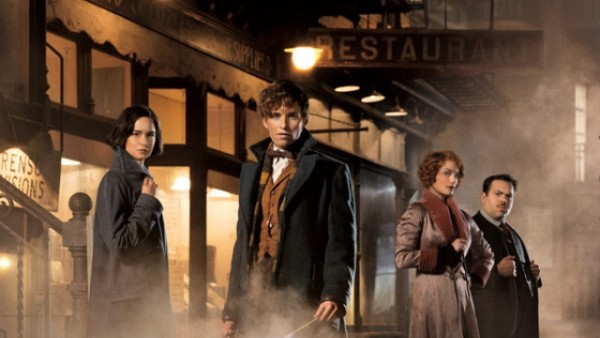 J.K. Rowling knows best how to awake our sense of wonder, but can she play a familiar trick on her audience once more? The answer is Yes.

Fantastic Beasts and Where to Find Them wasn’t conceived as a book as the rest of the Harry Potter films, which gave both Rowling and director David Yate (also responsible for the last 4 Potter films) a chance to do something different with the franchise, if not the genre. Having wizards in gorgeous 20’s attire doing magic against a vintage New York City looks just uber-cool.

But what sets Rowling’s work apart is the craftsmanship that goes into her characters. Her latest gang of heroes is lovable, delightful, and as adults, relatable. There’s even one character who craves “wonder, magic!” in his life, being stuck working at a canning factory. It’s not only meta, is brilliant.

And now for Eddie Redmayne, who has the task of carrying this highly anticipated film franchise (there are four more installments in the works). He plays a wonderful Newt Scamander, a writer and animal (“creature”?) lover who is just as odd and charming as any other Potterverse inhabitant. He carries a suitcase filled with wonderful “cargo” (look out Baby Groot: there’s a new twig in town), and does it incredibly well, bringing a lot of warmth, wit and humor to the role. He is not a kid as Harry was at the beginning of his story (being quite powerful from the get-go), yet they both share a sense of loneliness and isolation, never able to fit in, until somehow they do.

Beasts is one of the most powerful pieces of escapism I’ve surrendered to in a long time. It was conceived with such attention to detail and imagination that some sequences in it are just entrancing. From creatures that resemble both sea and land animals into one, to magic wands transformed into everyday objects, it is just a mesmerizing spectacle. Specially for adults, who seem to need those now the most. Rowling definitively still knows how to cast spells on Muggles.