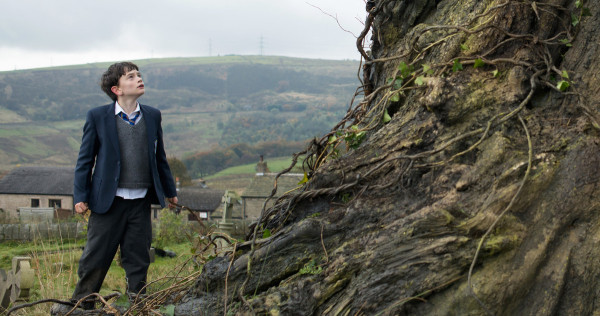 There’s a new teaser trailer for A Monster Calls, the latest effort from Juan Antonio Bayona (The Impossible). The film follows Conor O’Malley (Lewis MacDougall) who has to deal with bullies at school while his mother is sick back at home. During the night he encounters a monster in the form of a tree (Liam Neeson). The films luscious cinematography and mixed tone (kid’s fable combined with fantasy/horror) reminds of Pan’s Labyrinth, a film I absolutely adore and highly recommend. Check out the trailer and feel free to leave your comments below.

A visually spectacular drama from acclaimed director Juan Antonio Bayona (“The Impossible”), based on the award-winning children’s fantasy novel. 12-year-old Conor (Lewis MacDougall) attempts to deal with his mother’s (Felicity Jones) illness and the bullying of his classmates by escaping into a fantastical world of monsters and fairy tales that explore courage, loss, and faith. Also featuring Liam Neeson who will star in performance-capture and voiceover as the nocturnally visiting monster of the title, and Sigourney Weaver as the maternal grandmother.