We Are Your Friends: A Good Song Badly Auto-Tuned 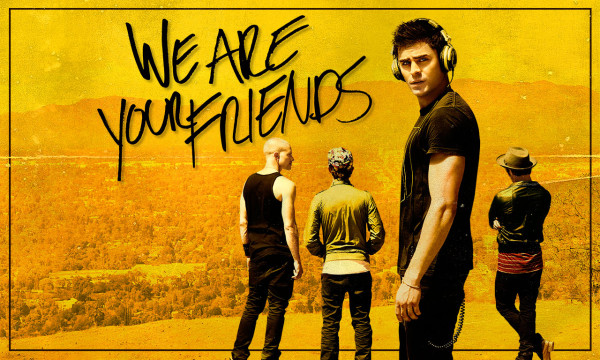 Just like that thumping noise that accompanies your entrance to a club, We Are Your Friends opens with the premise of a good time. What this project offers sounds good: (very) nice looking people getting into shenanigans in the club scene of Los Angeles. And it delivers exactly that, don’t get me wrong, but this film could just have been so much more. Its elements are good: Zack Efron looks and acts the role of a charming aspiring DJ, Wes Bentley plays the “tormented-damaged-yet-somehow-nice” mentor figure very well, there’s chemistry there, the unavoidable hot girl in the middle of them is good too, “yada yada yada”.

Why do I care talking about this film? Because there are moments in it that are great, that made me care and even gave me hope of this being the ultimate DJ-scene movie since we don’t have one (yet). It features plenty of those well known “party cuts”, where high tempo beats juxtapose against slow motion close ups of beautiful body parts submersed into all kinds of debauchery. But at the same time some of them are creative, immersive, engaging, and oh-yes-fun. The almost mandatory “high sequence” is done here too, but it was treated in a very artsy manner and became my favorite sequence in the film. Bits and beats, here and there, are good, enjoyable, memorable, and yet, fall flat as a whole when they ultimately surrender to an incredibly formulaic plot that feels like its lots its energy after a hard night of clubbing, waking up to the worsts of hangovers (or endings in this case). This film plays just like that “morning after”: it evokes empty echoes of the sounds from before, a fading memory of a (possibly?) good night,but besides that, nothing else.

One thought on “We Are Your Friends: A Good Song Badly Auto-Tuned”