Indie Eye: Feast of The Foolish 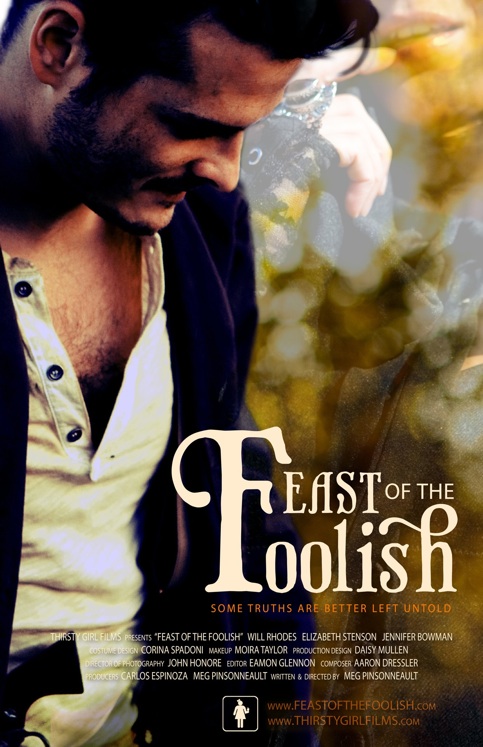 Feast of the Foolish is a short period thriller written and directed by award-winning  Meg Pinsonneault, also  founder of the production company Thirsty Girl Films. Set in the 1940’s, we follow along as Victor (played by Will Rhodes) strands in the dessert until he finds a strange caravan of gypsies who leads him to an encounter with a mysterious enchantress (Elizabeth Stenson), who will bring answers about his destiny through his past.

From frame one this short looks beautiful, the framing and cinematography makes it very stylish, the composition of some of the shoots makes them look like moving artwork at times. I was also very pleased by the use of color, the vivid tones of the sets and characters against the mute paleness of the desert contrasts with the sense of hazed/dreamlike feel we get from the story. The production value here is also present, from the sets to the wardrobes this movie lacks that “cheap” look other independent films have most of the times due to budget reasons.
In general this short is very solid, and I want to see more from this director, who has currently a documentary called Gwapa (Beautiful) about a Filipino family struggling with their kids facial deformities, among other future projects.
If you feel like checking out more about this short or Meg Pinsonneault, just go to http://www.feastofthefoolish.com , where you can find from production pictures to a feature about the making of the film, or http://www.thirstygirlfilms.com.

4 thoughts on “Indie Eye: Feast of The Foolish”