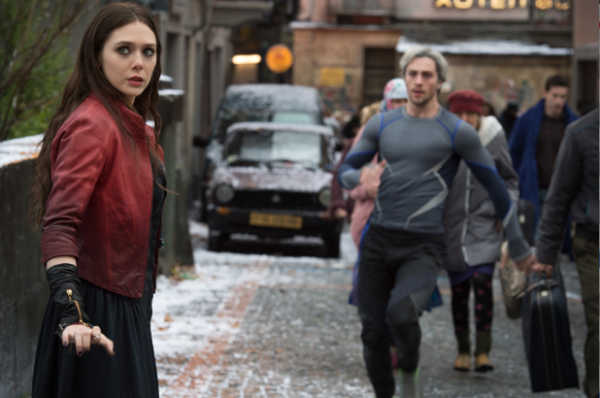 Check out this new featurette available for Avenger’s: Age of Ultron focusing on Elizabeth Olsen as Scarlet Witch and Aaron Taylor-Johnson as Quicksilver. There has been a lot of controversy regarding this last character, since it was also featured on X-Men: Days of Future Past (Evan Peters did a fantastic job in my opinion). I really like Taylor-Johnson as an actor and I look forward to his performance, can’t wait to see what Joss Weadon has in store for him and everyone involved in the film.

“Stars Elizabeth Olsen and Aaron Taylor-Johnson introduce you to Quicksilver and the Scarlet Witch in a new featurette for Marvel’s “Avengers: Age of Ultron”! See them in action when the movie hits theaters May 1.”

Leave your comments below.