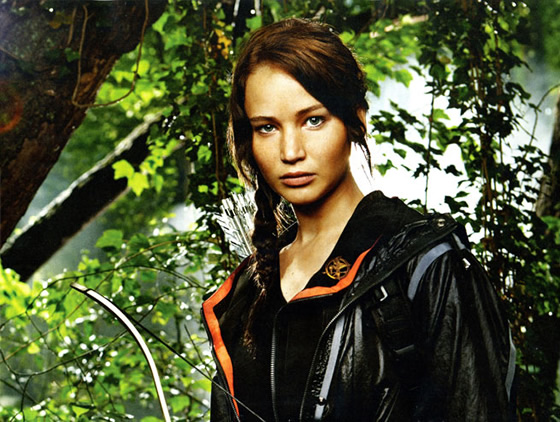 Something tells me the odds are in your favor when you score the third-highest opening weekend ever with $152.5 million. Why? Very simple in my opinion, Suzanne Collins wrote an amazing trilogy of books about a character that is a superhero, but has absolutely no superpowers at all and still saves the day. And even better, is just a humble teenage girl, who doesn’t need any sparkling vampires or cute were wolfs to rescue her, she’s smart, resourceful and lethal with a bow and arrow. She is the one doing the rescue this time around, and I love this.

Director Gary Ross did a great job adapting this unique story to screen, embracing both the human story and the sci-fy elements that makes it such a unique project.

But if you ask me it was Jennifer Lawrence who made this film what it is. She played a Katniss Everdeen you root for from moment one, beautiful but not shallow, fierce and fragile, decent but rational and practical, human. She represents family values and self empowerment, is a teenager forced to make decisions not even many adults would make, and even though her reality is far from perfect she is never the victim, she keeps fighting back.

And the rest of the cast did an excellent job as well, Josh Hutcherson as the charming Peeta, Stanley Tuccy as Cesar and Elizabeth Banks playing in an almost unrecognizable way the eccentric Effie Trinket.

Some changes were made, and Wes Bentley (and his beard) play Seneca Crane, the head “Game Maker”, a role that is only briefly mentioned in the books. Director Ross mentioned on an interview he is very interested in politics in real life, and that this was an aspect that appeal to him from this story. This time around we can see the “game makers” throwing fire and genetically altered animals to the tributes, something a lot of people liked, but I actually enjoyed the sense of mystery conveyed about this in the books, you fear more that you don’t see, but maybe that’s just me. Also some elements on the story could result confusing if you haven’t read the books, they are very worth checking out, it also makes to a more compelling movie experience.

I’m excited about this franchise, not only because is a great story, but because finally I found in Katniss the kind of cult hero I want to see on screen. And the fact that is still number one in the Box Office second week in a row tells me that the odds are gonna keep in her favor as well.