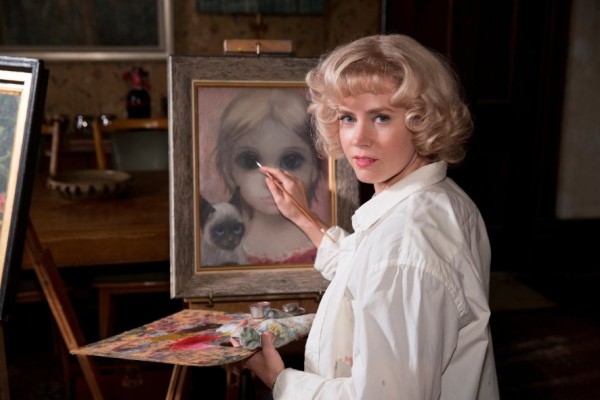 Tim Burton‘s new film Big Eyes is the second biopic on the filmmaker’s career, and its new trailer looks absolutely fantastic. With rich cinematography and a gorgeous use of color, this film steps away from the recurrent somber aesthetics of the director into a completely celebration of vintage Americana. He reunites with screenwriters Scott Alexander and Larry Karaszewski, with whom he made Ed Wood almost 20 years ago. The film stars Amy Adams and Christoph Waltz in what looks to be nothing short of amazing performances.

“A drama centered on the awakening of the painter Margaret Keane, her phenomenal success in the 1950s, and the subsequent legal difficulties she had with her husband, who claimed credit for her works in the 1960s.”