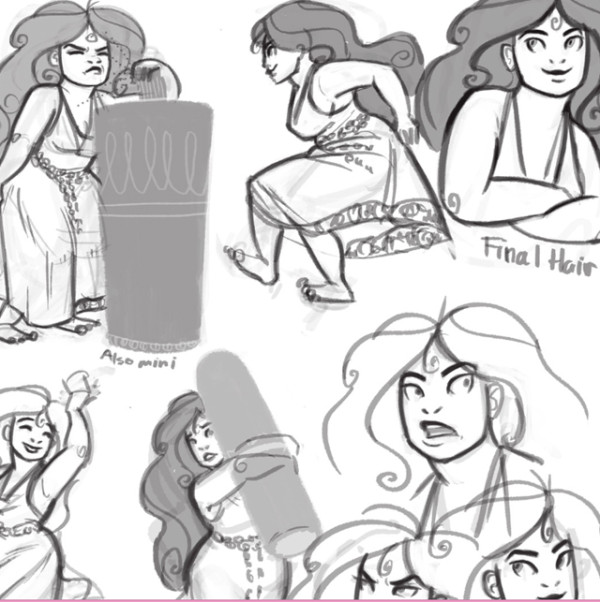 JM Tollman is a character and visual developer for animation, and a comic book artist. She is also the illustrator for Fashion Forward. I love her work, and not only is she incredibly (and multi) talented, but also fascinating as a person. Here is some of her stunning art and her thoughts on work, her influences and upcoming projects.

Your artwork is not only stunning, but it also has lots of personality. I love that I can see motives and styles that are familiar yet represented with a unique twist to them. Who or what would you say are your biggest influences/sources of inspiration?

The top four artists who have influenced my work are Maurice Noble, Junko Mizuno, Erté, and Edward Gorey. Besides that…the Art Deco and Googie movements, definitely. A little bit of Pop Art as well. 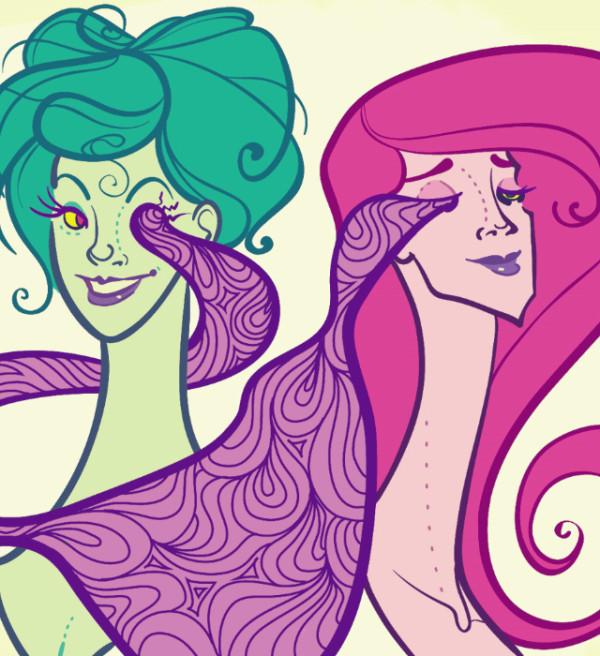 How did you first got involved with art?

I started drawing around age four, and just kept at it. Although, I didn’t seriously pursue art until about 8th grade, when I started reading comic by Jhonen Vasquez, Roman Dirge, Alex Alexovich, and the like. I discovered Junko’s work around that time, too. I started drawing my own comics, took advanced art & life drawing courses, and ended up going to the Art Center College of Design under the Entertainment Arts track. 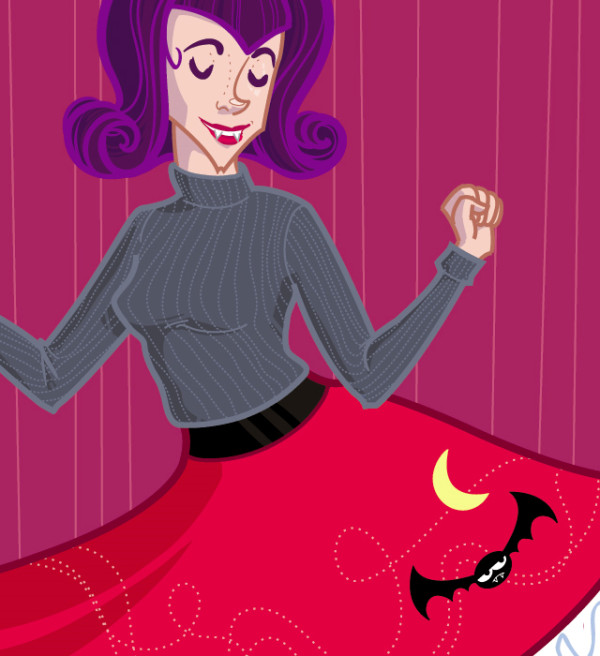 One thing that appeals to me from your artwork is the way you draw women. All of them are gorgeous yet refuse to stick to social standards of beauty: they are full figured, angry at times, sometimes they don’t even bother to “look back at you” on the frame. How would you describe your portrayal of women through your artwork?

Actually, it’s funny that you bring that up- a big part of my decision to go into character design was because most ‘attractive’ female designs looked like Ariel clones. As a feminist and a lesbian, I find the idea that there is only one type of beautiful woman extremely offensive! 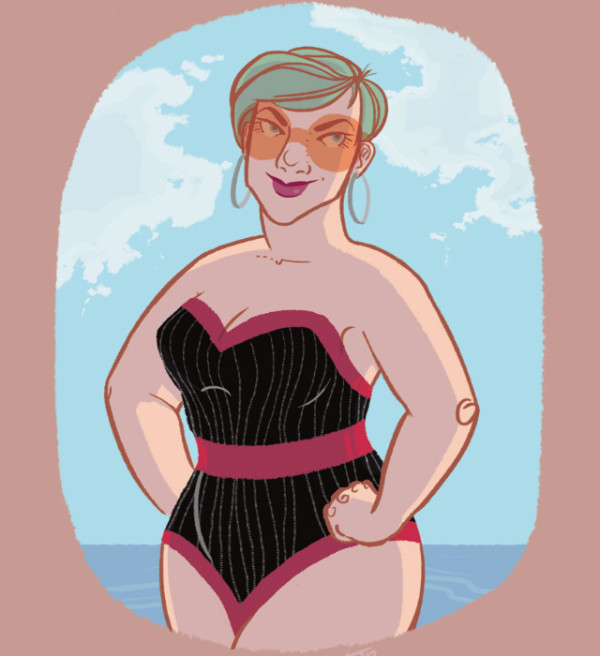 I try to use traits that are routinely used in only ‘ugly’ designs- such as hook noses, long faces, squared off chins- in my cute girls for this exact reason. Character design has become such a rigid artform: strong men must have big blocky chins, ugly women must have a hook nose, etc etc. I want to push beyond that, make characters that are truly unique from one another, just like real people. 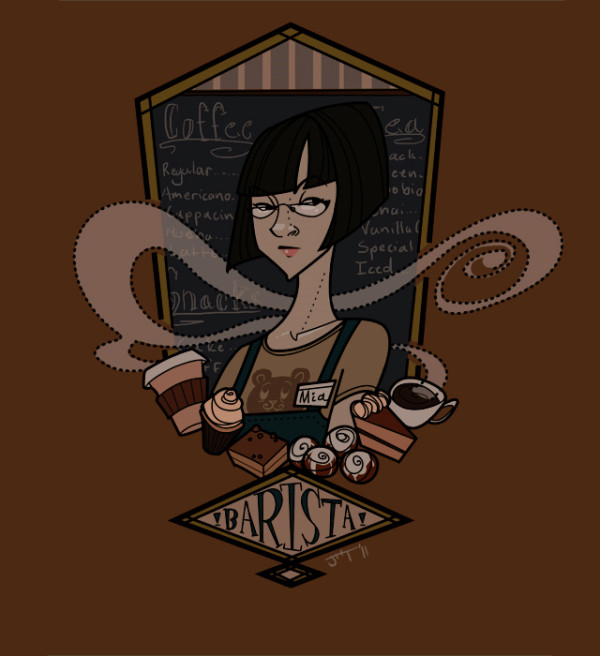 There’s also a fear in animation of making women ‘too unattractive’ with cartoony expressions, which is just ridiculous! If you’re afraid of making your women just as expressive as your men, you’re a hack. So, I like to give them goofy faces, angry faces, ridiculous moopy faces, smiles that are a little too wide for their faces. It’s more fun to draw that way, too! 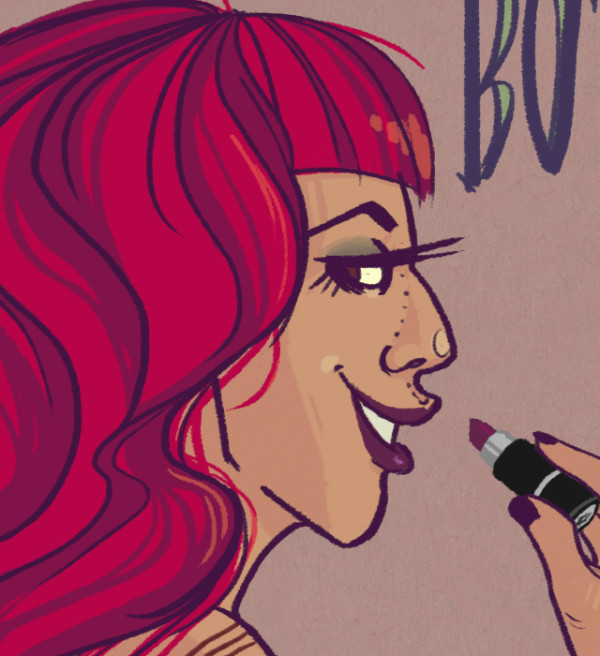 Given this is a movie site, do you have any favorite director/movies? Have they influenced your work at any point?

Coraline definitely influenced me! I watched it at a time when I was deciding if I wanted to do visual development or editorial illustration. The first shot of the Other Mother’s garden is where I went ‘I want to be a part of something like this.’

What projects do you currently have in development?

I’m the current artist for Fashion Forward! Besides that, I’m working on two new paper dolls in time for this year’s Pink Parlour. There are a couple of comic projects as well, but the only one that’s close to completion is a little comic about a Danthienne, a type of faerie that is said to live in the closets of fashionable women and steal their stuff. 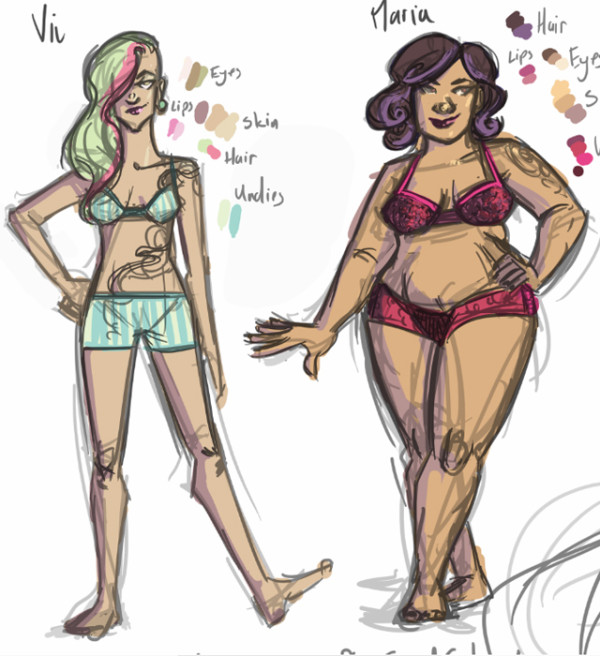 If you could be portrayed/drawn/written by any artist who would it be and why?

I’ve been told many, many times that I look like Ellen Page, so I guess her.
Oh man, if it were still possible I would LOVE to be drawn by H.R. Giger (RIP). That would be FANTASTIC! 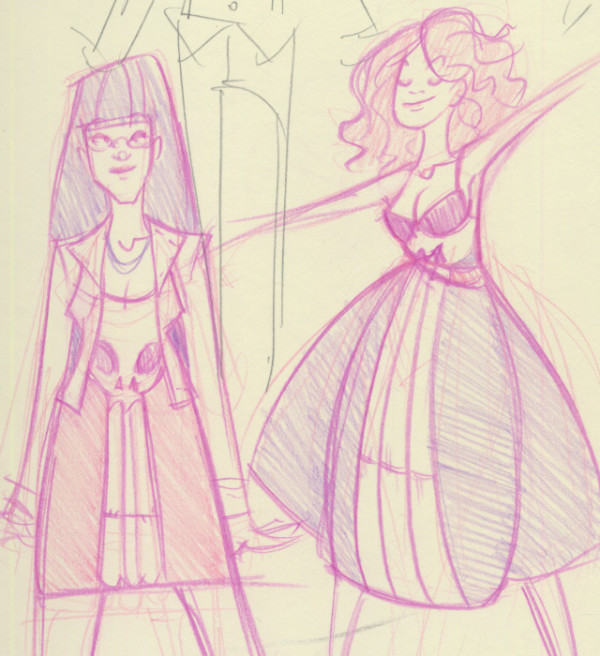 Where can we find more of your work?

One thought on “Interview: JM Tolman”