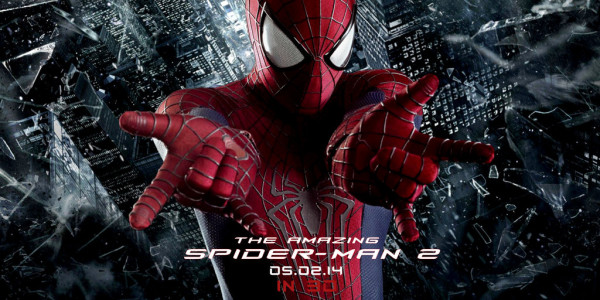 Sony Pictures just released a full length trailer for The Amazing Spiderman 2, which is expected to hit theaters on summer 2014. This franchise is one of those odd-success stories when it comes to the same character portrayed by two different actors in a relatively short amount of time: when The Amazing Spiderman hit theaters in 2012, it was only 5 short years after Spiderman 3 . But Andrew Garfield proved he could do justice to the character Tobey Maguire played for three films in a row, and even added his own spin (and sense of humor) to the masked vigilante.

I’m looking forward this feature for multiple reasons. Not only Garfield is back but also the always great Emma Stone and Sally Fields as Gwen Stacy and Aunt Mae. Jaime Foxx is going to be Electro. And a personal favorite, Dane Dehaan, is joining as Harry Osborn. He was excellent in Chronicle (a film I highly recommend), and can’t wait to see him in this feature.

“With the emergence of Electro, Spider-Man must confront a foe far more powerful than he. And as his old friend, Harry Osborn, returns, Peter Parker comes to realize that all of his enemies have one thing in common: OsCorp.”