A Look Inside Walt Disney Animation Studios for Frozen 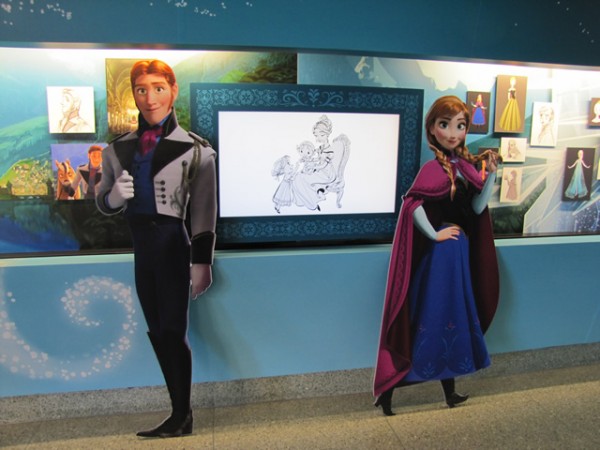 I had the pleasure to attend the press day for Frozen at Walt Disney Animation Studios, and let me tell you, not only the film looks stunning, but the entire event was an experience on itself.  First of all, the decor inside of the studio was inspired by the film (last year the theme was ‘Wreck it Ralph“), from beautiful wall long murals to simulated snow and the movie’s characters, the place, stunning on its own, looked like a celebration for its latest project. 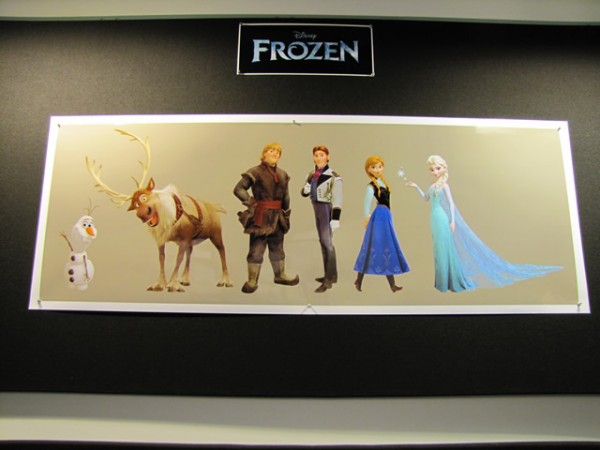 The day started with the screening of the short film “Get a Horse!“, to be shown before the movie when it hits theaters. It was hand drawn to look like vintage black and white animation by the legendary Eric Goldberg (responsible for the masterful animation of the Genie in Aladdin), and without spoiling anything, this short blew me away. It is as fun and innovative as it is impressive to watch. It even features the voice of Walt Disney himself as Mickey Mouse, collected from recordings made decades ago. 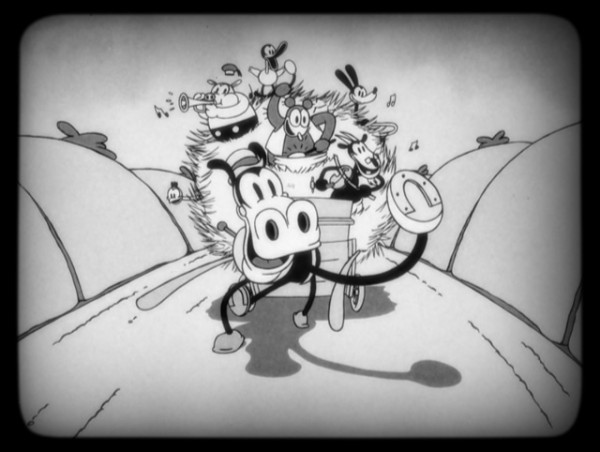 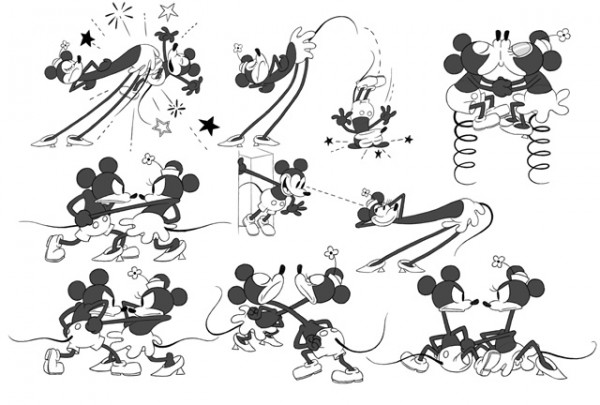 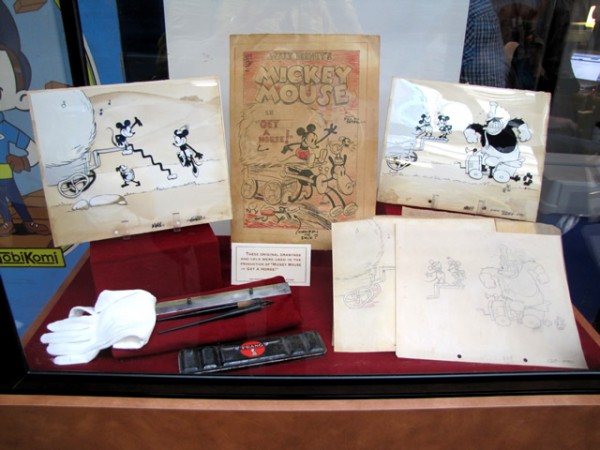 Afterwards we were shown some footage from the film, so we could get an idea of the tone and scope of Frozen. One of the sequences was “Let it Go”, in which the character Elsa, voiced by the extremely talented Indina Menzel (Wicked), performs a musical number that is all-around beautiful, definitively one of the core emotional moments of the film. To give you an idea: this scene is 218 frames long, and there’s an specific moment where Elsa walks out of the balcony of a castle made of ice. The single frame took over 132 hours to render (more than five days).

Later on that day we had the chance to hear from directors Chris Buck /Jennifer Lee, and producer Peter Del Vecho about how challenging it was to bring this project to life,  since they wanted a “big movie” where the songs drove the plot. But probably one of the most impressive aspects of this film are its technical achievements. The filmmakers called on Dr. Thomas Painter, a scientist from the Jet Propulsion laboratory in Pasadena known as “Dr. Snow” to learn about snowflakes from a molecular level. The animators and effects artists traveled to Jackson Hole Wyo., to experience deep snow. They donned various attire – including long skirts – to capture the impact created by their steps and how snow interacts with clothing.

But probably my favorite aspect of this visit was to sit down with the animators and hear about their process. I am a big animation fan, who grew up taping “making of’s”  earlier Disney hand drawn films like Beauty and The Beast and The Lion King, and to my big surprise they don’t rely on computers for most aspects of bringing the characters to life. They begin the exact same way it was done back in the day: old paper and pencil. Before, the animators would use mirrors to look at themselves as inspiration for certain movements and facial expressions. Now the animators do this by filming themselves with web cams. We even got to see some of the hilarious shots of them doing goofy things  on camera and how later those translated into actual animated shots. We also saw some of the stunning concept art for the film, from drawings, paintings to photography, but I actually have so much material I want to do a post only about that in the upcoming weeks. 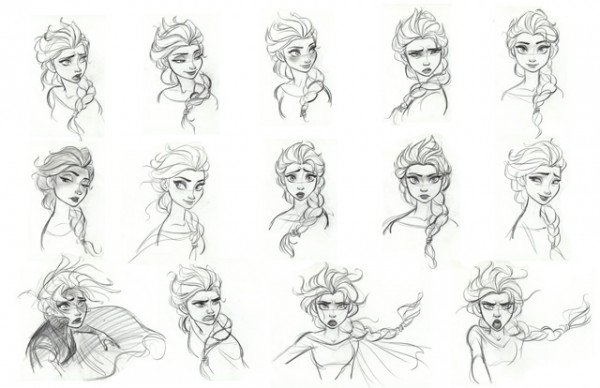 This is an excerpt from an article I wrote  originally wrote for ScreenInvasion.com. If you want to read the rest of it you can find it here: http://screeninvasion.com/2013/10/inside-walt-disney-animation-studios-frozen/

I wrote another article about my visit to the Disney Animation Studios for Frozen: http://www.shemoviegeek.com/2013/12/from-inside-the-walt-disney-animation-studios-the-art-of-frozen/