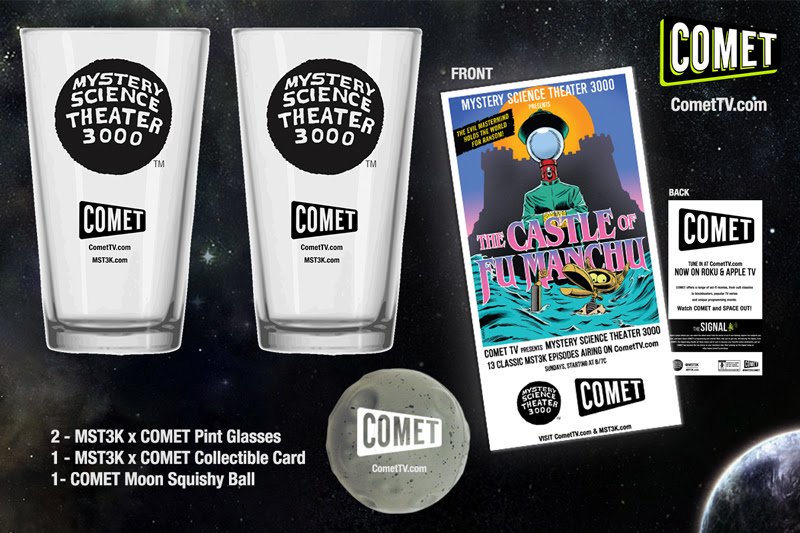 For the month of April Comet TV is heading into space, to celebrate MST3K heading back to it’s schedule. You can also enter to win an exclusive giveaway prize pack: all you have to do is send us an email to shemoviegeek(at)gmail(dot)com with your favorite screenshot from Mistery Science Theater 3000 (Memes are also encouraged!). Please include in your message your full name and address so we can send you the prize if you are the winner.

The Prize Pack will include:

Stargate SG-1 is back on COMET!Your favorite gate-hopping action series returns with back-to-back episodes Monday through Thursday at 8/7C, with encores of both episodes airing at 10/9C. That’s two chances, four times a week, to catch Jack O’Neill and his squad on their adventures across the galaxy. Indeed.

Each household is only eligible to win COMET / MST3K Classic Episodes Prize Pack via blog reviews and giveaways. Only one entrant per mailing address per giveaway. If you have won the same prize on another blog, you will not be eligible to win it again. Winner is subject to eligibility verification