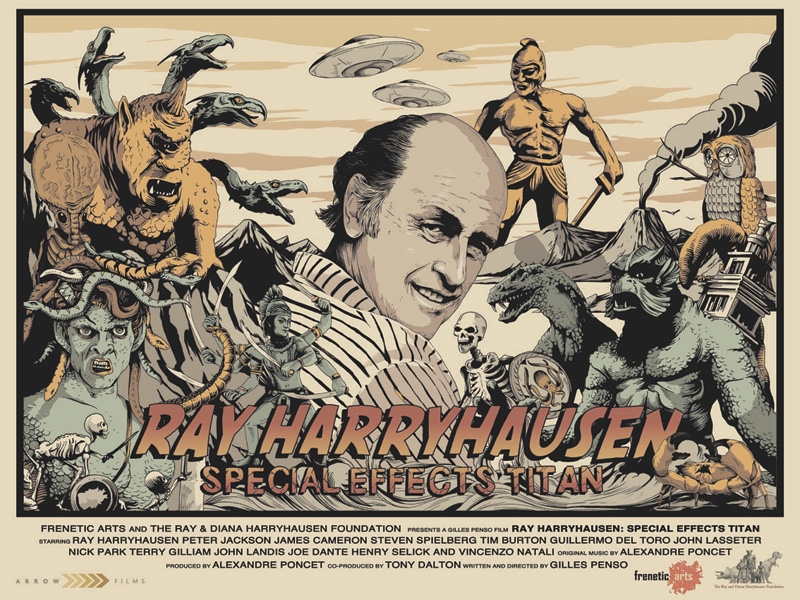 I’m a big animation/special effects junkie and have mentioned the works of Randy Cook (GHOSTBUSTERS, LORD OF THE RINGS) in this post , Tim Burton (FRANKENWEENIE, THE NIGHTMARE BEFORE CHRISTMAS) in this one , and others from that list in this one, and the fact of having them all together talking about how the films of Harryhausen inspired and affected their careers I think is an achievement on its own.