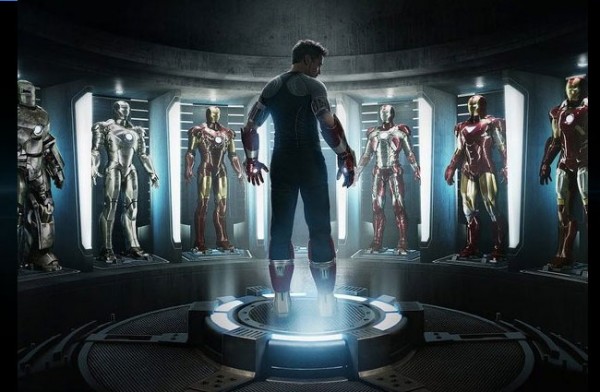 After teasing us during the weekend with short clips and pictures, Marvel revealed today the new full trailer for IRON MAN 3, starring Robert Downey Jr.. This time Tony Stark faces Aldrich Killian, played by Guy Pierce and Ben Kingsley as The Mandarin. John Favreau ain’t coming back as the director but will retake his role as Happy Hogan, instead Shane Black will do the honors and also co-write the screenplay. Black wrote/directed KISS KISS BANG BANG (also starring RDJ), a film I absolutely recommend, so can’t wait to see the director’s take on this franchise, just by the trailer it looks very promising.

“In Marvel’s “Iron Man 3″, brash-but-brilliant industrialist Tony Stark/Iron Man played by Robert Downey Jr., is pitted against an enemy whose reach knows no bounds. When Stark finds his personal world destroyed at his enemy’s hands, he embarks on a harrowing quest to find those responsible. This journey, at every turn, will test his mettle. With his back against the wall, Stark is left to survive by his own devices, relying on his ingenuity and instincts to protect those closest to him. As he fights his way back, Stark discovers the answer to the question that has secretly haunted him: does the man make the suit or does the suit make the man?”

What do you think of this trailer?