The first time I saw these pictures comparing the incredible make up used by Anthony Hopkins as Alfred Hitchcock I was speechless. Now we finally have a trailer for the deserved (and in my opinion late) homage to one of the most iconic directors of all time. Hitchcock looks like it could become a classic, and given the caliber of its cast (his wife Alma will be played by Hellen Mirren, a personal favorite) it also screams “awards’s darling” all over ( Fox Searchlight changed its release date so it could enter the upcoming season). Can’t wait for this film, and I’m particularly excited by its score, featuring original music by Danny Elfman. Just by the couple of pieces heard on the trailer you can tell it sets the perfect tone and ambiance for the film. Hitchcock opens in select theaters on November 23rd, 2012.

HITCHCOCK is a love story about one of the most influential filmmakers of the last century, Alfred Hitchcock, and his wife and partner Alma Reville. The film takes place during the making of Hitchcock’s seminal movie PSYCHO. 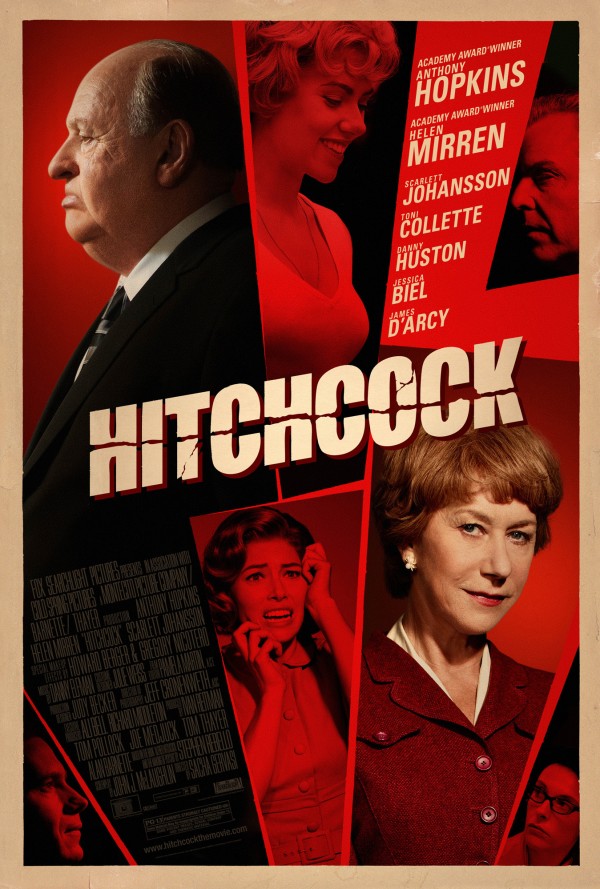 One thought on “New Trailer for HITCHCOCK Starring Anthony Hopkins”