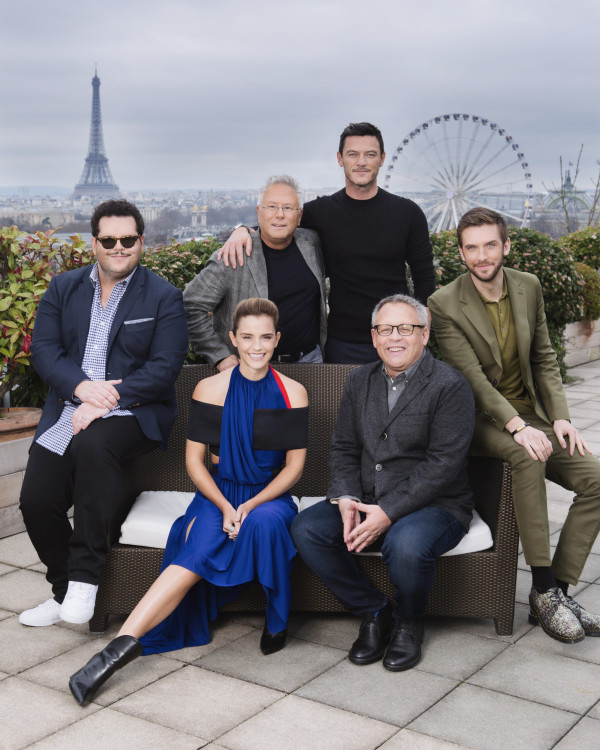 The cast and filmmakers from Disney’s live-action “Beauty and the Beast” including Emma Watson, Dan Stevens, Josh Gad, Luke Evans, director Bill Condon and composer Alan Menken, gathered in the City of Light earlier today. Paris is the perfect setting for the launch of the worldwide press tour, as it is France where the story originated.

In addition, here is a first look at a scene from the movie, “Belle”, which looks incredibly similar to the opening number on the animated film. Take a look at it and leave your comments below.