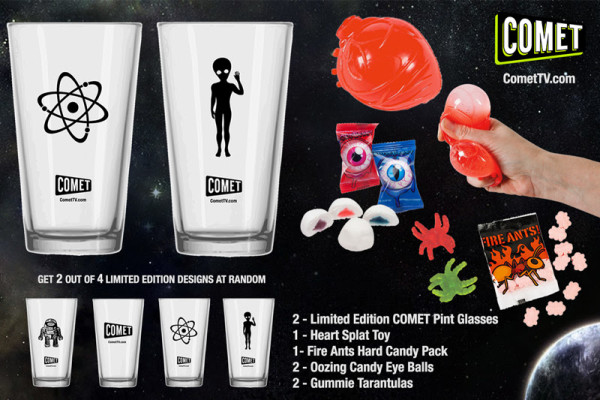 Full moons can be frightening and this month on COMET TV there are enough beasties to send a shiver down your spine and make you smile at the same time.

To celebrate we are giving away a Limited Edition Prize Pack courtesy of COMET TV.

To enter, please send an email with the subject header “COMET TV” to shemoviegeek @ gmail dot com and answer the following:

“What is your favorite Movie Beast or of all time and why?”

Please include your name and address (U.S. Residents only. You must be 18 years old).

Each household is only eligible to win 1 COMET Insider’s Prize Pack to Giveaway via blog reviews and giveaways. Only one entrant per mailing address per giveaway. If you have won the same prize on another blog, you will not be eligible to win it again. Winner is subject to eligibility verification.

About Comet TV This February:

From the classic adolescent werewolf trials and tribulations of Teen Wolf to the outer world invasion of Species, catch any and all beasts airing this month on CometTV.com

Available on television digi-networks and online at CometTV.com, COMET offers something for everyone and has an incredible array of movies that you simply can’t get with a subscription to streaming platforms like Netflix, Amazon, or Hulu. Best of all, they are absolutely free. Check them out at CometTV.com