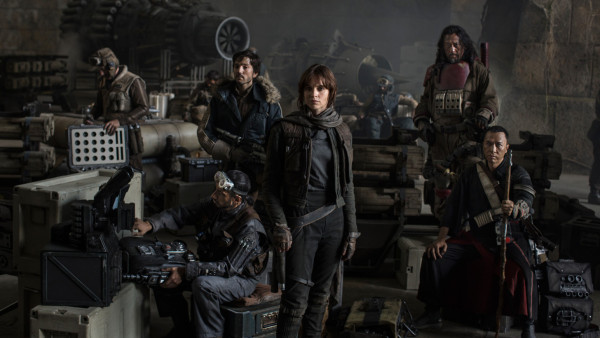 A new teaser trailer for “Rogue One: A Star Wars Story” just debuted on Good Morning America. It looks great, notably different in tone to The Force Awakens, which is precisely what having a whole new array of directors for the sequels is all about. One thing hasn’t changed: this film features a fantastically diverse cast (I’m very excited to see Diego Luna in it, a great actor who’s also a personal favorite).

Star Wars: Rogue One opens in theaters December 16, 2016. Feel free to leave your comments below.

“The brand new teaser trailer for “Rogue One: A Star Wars Story” just debuted on Good Morning America. Lucasfilm’s Rogue One, which takes place before the events of Star Wars: A New Hope, tells the story of unlikely heroes who have united to steal plans to the dreaded Death Star.