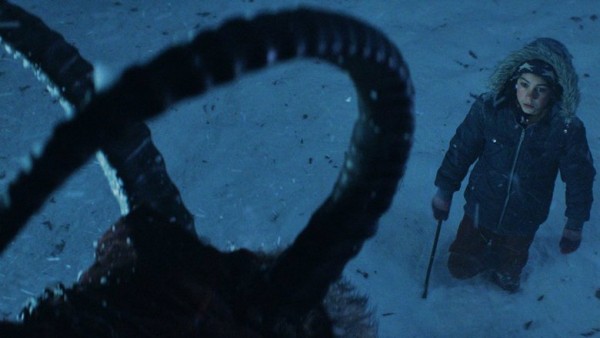 Crafting an effective niche film is harder than it seems, and Krampus arrived this season as an unexpected (but welcomed) gift. Even if the horror-comedy genre isn’t new, the concoction of elements director Michael Dougherty was able to pull off is so well executed the result is refreshing and oh-so-much fun.

Starring (an always flawless) Tony Collete, Adam Scott and Emjay Anthony, the story follows the encounter of a family during Christmas with an ancient evil form, whose only purpose is to punish those who lack a “festive spirit”. Part B-Movie, part Monster film and even part Holiday flick, it shares the vein of efforts like Gremlins, The Gate and Critters.

It knows exactly what is going for: channeling 80’s creature-features nostalgia and “PG-Horror” it doesn’t rely heavily on CGI. Instead we get tons of practical effects, costumes, even puppet work that becomes such a treat, specially for fans of the genre (like myself). The character design is irreverent and funny as well, sticking to the genre but remaining amusing and engaging. But probably the best thing is its tone: it’s spot-on self referential, ludicrous and nonstop entertaining.

Krampus is the type of film I would have loved as a kid and probably enjoy even more now as an adult. With a soundtrack that features Holiday classics mixed in fun unconventional ways, it might not be a for everyone, but if you enjoy unconventional-funny-creepy material you are in for a treat. You’ll actually be happy to encounter this creature (if you dare…).