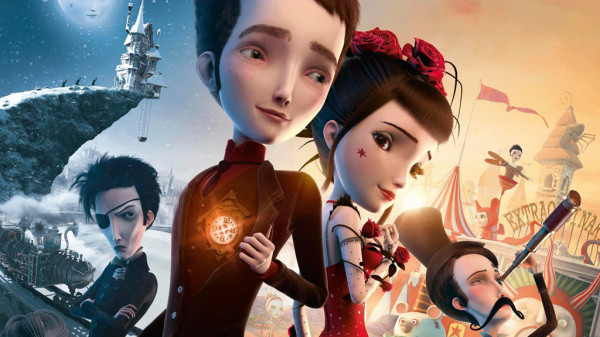 The popular French animated film Jack and the Cuckoo-Clock Heart, adapted by Mathias Malzieu from his own bestselling novel and the gold-selling album by his band Dionysos opens today in theaters and video on demand. The look of this film and the production design are rich and gorgeously detailed, with a color pallet and aesthetics inspired by Art Nouveau, Steam-punk and even some Gothic touches. Directed by Mathias Malzieu and Stéphane Berla, and produced by Luc Besson, it follows a quite unique premise, just take a look at the synopsis below:

“Edinburgh, late 19th century. Little Jack is born on a day so cold that his heart remains frozen. Madeleine the midwife saves his life by inserting a cuckoo-clock in place of his defective heart. It will work, she warns him, as long as Jack observes three golden rules. First of all, he must never touch the hands of the clock. Secondly, he must control his anger. And last, but certainly not least, he must never, ever fall in love. The moment Jack sets eyes on a young girl singing on a street corner, the hands of his clock-heart begin to race. Desperate to find her again, Jack launches himself into a romantic quest that will lead him from the lochs of Scotland, to the city of Paris, and all the way to Andalusia…”

Jack and The Cuckoo-Clock Heart opens in select cities and VOD on September 24 2014 and is Rated PG.