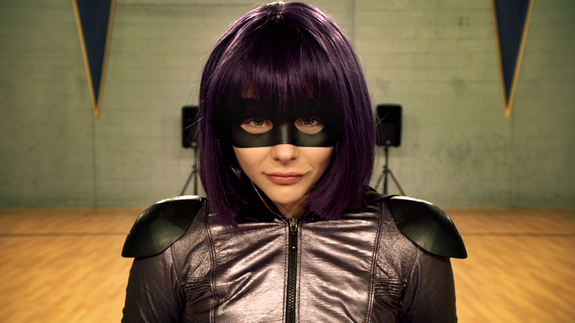 There’s a new red banned trailer for the long anticipated sequel for KICK-ASS, the film that changed the way I look at little girls in film for good. This time we have director Jeff Wadlow stepping in for Matthew Vaungh, but the main cast remains the same with Aaron Taylor-Johnson as the green-suited vigilante, Chloë Grace Moretz as a now teen Hit-Girl and Christopher Mintz-Plasse, who now carries the best super villain name I’ve heard in a while. Also joining the cast is Jim Carrie  as “Colonel Stars and Stripes” in a role that looks like a lot of fun to watch.

“The costumed high-school hero Kick-Ass joins with a group of normal citizens who have been inspired to fight crime in costume. Meanwhile, the Red Mist plots an act of revenge that will affect everyone Kick-Ass knows.”

What do you think of this trailer? If you could have a super hero (or super villain) name, what would it be?