GUARDIANS OF THE GALAXY VOL. 2: Growing Up an Alien Never Looked this Good. 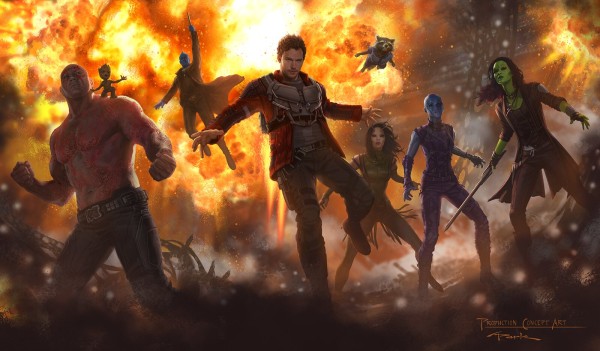 Sorry Baby Groot fans, but this is Peter Quill’s film. Not Star-Lord, just Peter. Because what James Gunn did with this sequel was to convert the Guardians films into a character arc for Chris Pratt‘s beloved gunman. And the results are out of this world, in more than one way.

This installment finds the five-some a few months after the events of the original. And yes, there’s still romantic tension between Gamora and Peter. Yes, there are also fantastic, thrilling, visually dazzling battle sequences with amazing retro music playing in the background (the opening sequence alone is the best thing I’ve seen so far this year. You can pay the Imax fee just for it). And yes, there’s TONS of silly (but effective) humor. But this feature is certainly not a copy of its predecessor.

What Gunn did in a very clever manner was to take the core (or in this case the heart) of what made Vol. 1 special and give it even more depth. The former was a about being an outcast. And now he tackles the angst of growing up, presented once more through gorgeous psychedelic CGI.

We were first introduced to Peter in that harrowing hospital sequence. You can even read it as if after loosing her mother, the only person he connected with, he became alienated. He grew up a man-child, stuck on 80’s references and glued to the beloved music she gave him. Meeting his new gang was the only thing that made him moved on.

This time we find out who his once idolized father is, and he is indeed a God (played spot-on tone wise by Kurt Russell). He is also dealing with his feelings for Gamora, and the rest of the crew. Even Groot is an excellent a metaphor of his own growing-up journey (but no worries, he is still uber-cute doing so). And we are in all of this with him. There are scenes where all you see is Peter listening to gorgeous music that carry the story, with very non-gratuitous and satisfying emotional effect.

At the same time be prepared for lots of fun: the visuals and action sequences are nothing short of spectacular. And God bless Gunn for realizing we needed more Drax. Dave Bautista steals the show every opportunity he gets. And if you ever wondered what made Rocket Racoon “extra special” you’ll find out.

Guardians Vol. 2 is a nuanced film about self discovery wrapped in a gorgeously fun (and almost deceiving) package. It’s as heartfelt as it is unique and inventive, in an already crowded multiverse of Marvel films. Being an outcast can sometimes be a wonderful thing.