You’ll Want To Pay a Visit To DR STRANGE 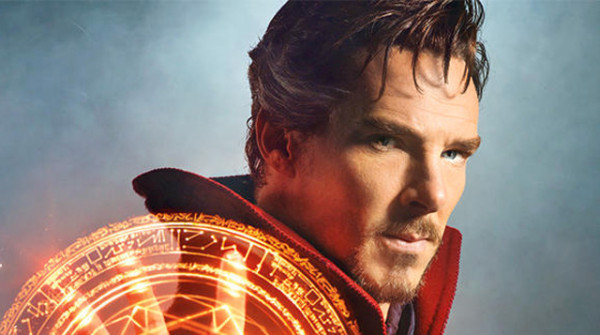 With more than a handful of films under their belt (and more in the way), you would think you have seen everything from Marvel Studios, and yet they found a way to cure our superhero-film-numbness with Dr. Strange. Even when following a heroe’s-journey-paint-by-numbers formula, boy, do they know how to execute it well. And when all of that fails to entertain, a famous cloak comes to the rescue, to save Stephen Strange, or even the entire film. Not a small task for a piece of fabric, considering this is the 14th entry in the Marvel Cinematic Universe.

Director Scott Derrickson wisely decided to keep the lighthearted irreverent tone that’s been synonym of the franchise all along, and yet injected new energy into it by giving it a “mystical meets hallucinogenic” vibe. Nothing screams trippy more than Tilda Swinton playing an esoteric Ancient Master, a bold choice in more than one way. And of course she is fantastic in it, because she is Tilda Swinton. She would make the traffic report sound fascinating. And here she gets the chance to do something quite interesting with an specific type of role we have seen a million times played by men. Benedict Cumberbatch is perfect as well as Stephen Strange. I can see his character arguing endlessly with Tony Stark, since they both share a vein of egotistic genius.

And now for the visuals, which is why you need to see this film on a big screen. Imagine Inception-style surrealism mixed with action, and strong opiates. The imagery in this film is entrancing and haunting, exactly what you crave from escapism in a film of this kind, yet ambitious enough to make it memorable.

Dr. Strange is a solid movie in a year of disappointments in its genre. It knows when to be funny, when to be weird, and might even have a thing or two to say about tolerance and “opening our minds”. Who knew psychedelia and super heroes went so well together? Now that’s what I call mind-bending.