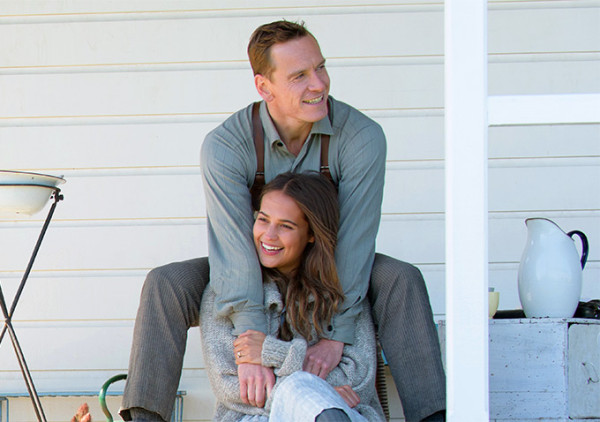 Get your Kleenex ready: Michael Fassbender and Alicia Vikander will star together in The Light Between Oceans, a drama adapted from the novel by M.L. Stedman,  about a couple who needs to make a hear-breaking decision regarding the future of their little daughter. Both actors are absolutely incredible on their own (if you haven’t yet, you need to see Vikander in last year’s Ex-Machina), and it looks like they share a great chemistry together on screen as well. Check it out and feel free to leave your comments about it below.

“From acclaimed director Derek Cianfrance, (BLUE VALENTINE, A PLACE BEYOND THE PINES), and based on the extraordinary best-selling novel from M.L Stedman, THE LIGHT BETWEEN OCEANS, is a beautiful yet heart-breaking story of love and sacrifice.

On a remote Australian island in the years following World War I, lighthouse keeper Tom Sherbourne (Michael Fassbender) and his wife, Isabel (Alicia Vikander), discover a boat washed ashore carrying a dead man and a two-month old baby.
Rescuing the infant, they make the decision to raise her as their own but the consequences of their choice prove to be devastating.

Also starring Rachel Weisz and produced by David Heyman and Jeffrey Clifford, The Light Between Oceans will be released later this year.”