Star Wars: The Force Awakens Is a Study in How To Make The Perfect Sequel 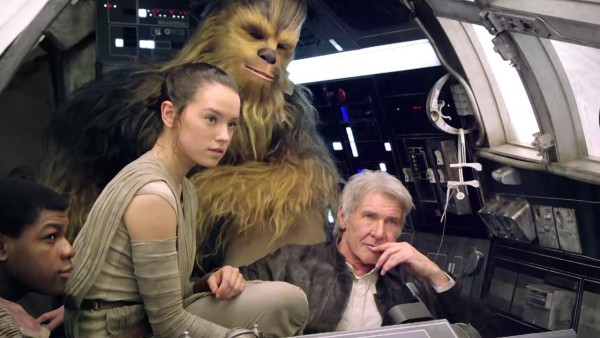 If I were to sit down and put on my “critic” or “journalist” hat before writing this review I’d say: “J.J. Abrams proves once more nobody knows better than him how to brilliantly deconstruct a franchise, while writing a bright new chapter into it”. If then I decided to just take it off it’ll read instead: “It’s really good. Go See it. Today. Now. It’s fun. It gave me chills. It made cry.” And all of the above would be written in capitals followed by exclamation points (and would also probably be the last review people would even care to read from me). That’s because Abrams seems to have achieved (once more) the impossible: make a fantastic crowd pleaser that’s also an interesting character study in serial screenwriting. (Did I mentioned it’s also really good?).

Nobody seems more comfortable wearing (and borrowing) multiple hats than the once Lost director. From reintroducing us to Spock and Kirk in Star Trek to channeling Amblin nostalgia in Super 8, he seems to understand the knots and bolts necessary to make beloved material tick when revisited. And Star Wars, his latest and most ambitious project to date, also feels like his biggest success, in many (and different) aspects.

If there’s any “fandom” to be feared is the one related to a story from a galaxy not too far away. 1999 marked the beginning of a new era of films for eager fans around the world, and like with every big franchise, mixed opinions tinted Episodes I, II and II. The Force Awakens is the seventh installment in a tale incredibly endeared for many and a definitive part of our pop culture DNA, so there was a lot at play just going into this project.

The first thing that pops out from the screen is how much this universe feels like episodes IV, V and VI. Some of the scenes are shot almost exactly the same as iconic moments in the series. And don’t get me started on Easter Eggs, lets just say it’s a 135 mins long Treasure Hunt for fans. It becomes an incredibly soothing pleasing visceral experience in a way that feels honest and fond of the source material.

But where this film really shines is in its script. It’s incredibly smart about taking us back to the actual base of the franchise, which is family dynamics. This film evokes (sometimes brilliantly mirroring) themes of parenthood and fraternity present in previous entries yet viewed through a new generational prism. This is, at its best, clever, inspired yet cohesive storytelling.

Another big plus is how gender equality and ethnic diversity are notably celebrated (and welcomed). An overall fantastic cast of both fresh faces and veterans makes this a very interesting ensemble, specially with Daisy Ridley (Rey) and John Boyega‘s (Finn) scene stealing performances.

The Force Awakens is set to establish new records at the box office this Holiday season, and I believe it deserves to do so. It gives fans an oh-so-sweet taste from good-old-times while being smart, entertaining and culturally progressive for general (and new) audiences. It brings a once far, far away galaxy closer than ever before.

2 thoughts on “Star Wars: The Force Awakens Is a Study in How To Make The Perfect Sequel”