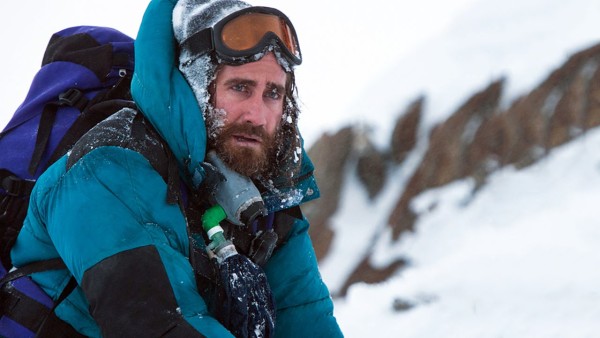 Disaster movies exist to either inspire or terrify us to our core. As a human story, while this film is incredibly successful as a cautionary tale about ego, it also leave us cold when it comes to its heart. Even climbing the highest mountain on Earth falls flat as a reason to care about these characters when you don’t understand why they do it or deserve to do so.

While you can predict things are not going to go perfectly for these climbers just by the poster alone, the first half of this film focuses on trying to give them backgrounds and a sense of depth or individuality. But here is the deal: there’s never a valid or at least meaningful explanation of why these people spend large sums of money (which some of them can’t even afford) and risk their lives to achieve something that’s been done before. Maybe there isn’t one in real life as well. But once you start witnessing all the somber, tragic and heart clenching (and wrenching) effects of their decision, it’s hard not to question why we should treat this characters as heroes when their motives seem to be selfish and self imposed. When one of the members ask the others “why do you do it?” we get responses such as “because I’ve climbed six others already” or “because it’s there”. The film even opens with text that reads: “1 out of 4” people dies trying to climb Mount Everest.

But besides the questionable nature of its plot, one thing that this movie excels in is its visuals. It was filmed in location with IMAX technology and you can tell: the depth of field is just breathtaking, from giving us vertigo at points to showcasing the gorgeous mountain escapes of Nepal. You can tell the actors must have endured critical condition during shooting, and it shows on their performances while they are trembling completely covered in snow. Just for this feature alone this movie is worth visiting, specially in big screen formats.

Everest might not be a perfect film, but the amazing acting and stunning cinematography makes it an achievement to be seen and praised. It definitively leaves a mark, we as audiences can feel the devastating events this courageous group had to endure in pursuit of their dreams. I might not understand why some people would reach for an impossible summit, but that doesn’t keep me from admiring them.

I originally wrote this article for ScreenInvasion.com. You can find it here