Life Itself: Roger Ebert and His Love for Escapism 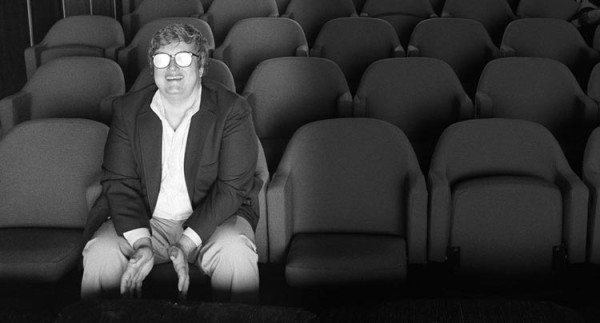 Movies are one of the few forms of escapism able to reach something inside of us: it could be laughter, wonder or even move us to tears. Roger Ebert was a man that not only loved movies, but was uniquely eloquent in the way he described his affection (or hate) for them. Almost as a reverse review, this project is based on his memoir of the same title, while being as effective and moving as a documentary as any fictional film with a script. In his own words: “It’s not what a movie is about, it’s how it’s about it”. Because Roger and his journey as a subject matter are both as fascinating and entertaining to watch as  movie star in a greatly directed feature, without ever falling into manipulative schemes or flamboyance. It takes a great critic to be so smart about his views on his own universe, and he proved it in one of the best documentaries I’ve ever seen.

Directed by Steve James (Hoop Dreams), it follows the path of the man who along Gene Siskel became one of the most recognized film critics of all time, from his humble beginnings to his struggle with Cancer of the thyroid and salivary glands in 2002, which cost him the ability to speak. And this is where this film excels: not only avoids dwelling into pity in those chapters, but manages to portray how Ebert’s love for the arts empowered him to accomplish nothing but absolutely inspirational achievements. Because this documentary is about how escapism affected the life of an extraordinary man and those around them, changing the rules of a medium that was considered mostly mere entertainment. He was the man that made people care about his passion for “the 7th art” as he always referred to it.

This film is also incredibly funny. The extravagances of his career are shown in an honest, humble and hilarious manner, from self referential mockery (some of his books are titled: “Your Movie Sucks” and “I Hated, Hated, Hated This Movie”) to the jewels that are his rants with Gene Siskel both on and off screen. They had such and incredibly sincere heated chemistry, almost like an electric opposite poles reaction to each other’s point of view that is nothing but fascinating to watch.

Life Itself is an outstanding and incredibly successful effort, portraying his iconic subject the way he intended (he wanted to show “everything”, even his own vulnerability) honoring his accomplishments personally and professionally without ever falling into cliches. An entertaining and inspiring tale about a man and his infectious effect in our consumption of pop culture, who delivered his knowledge in a way that was always approachable. He was the first man to win a Nobel prize from his film criticism, yet when you read his work he uses simple words to depict deep insight about society, the state of the world and even our own humanity:”We live in a box of space and time. Movies are windows in its walls”, “Art is the closest we can come to understand how a stranger really feels”. His life as a film is art.